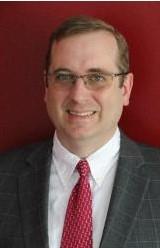 He began his educational career as a math teacher at Airport High School in Lexington County School District Two, where he coached basketball and baseball. He became Nationally Board Certified in 2003 in Adolescence and Young Adulthood Mathematics and a certified teacher in AP Calculus in 2004. After teaching mathematics for five years, he became an administrative assistant at Airport High School. In 2005, he served as the assistant principal at Busbee Middle School in Lexington County School District Two.  Following the 2007 school year he served as the Mathematics Coordinator for District Five of Lexington and Richland Counties and the principal of the Academy For Success in 2010. In 2016, he was named principal at Saluda Middle School in Saluda County.

“I am honored to have the opportunity to serve the community of White Knoll Middle as principal,” Mr. Hardie said. “I am excited to get started and begin meeting and working with the faculty, staff, students, and parents to continue providing a high-quality education in a positive learning environment.”

Remember, we can accomplish anything when we do it together.

I am proudly entering my fourth year as a member of the War Hawk family.  I started out teaching Social Studies at Spring Valley High School and then moved into the role of an assistant principal for the last 11 years.  I worked for two years as the Social Studies Specialist in Richland District Two.  I am excited to be a part of Lexington One and White Knoll Middle School because of our commitment to offering engaging and excellent instruction to our students.  WKMS is committed to personalized learning and being on the cutting edge of technology by delivering content to our students through a blended learning structure in the classroom and participation in the Dynamic Learning Project with Google.  We are committed to knowing our students and creating a culture of caring as a school that is implementing Capturing Kids Hearts.

I believe that the middle school years are some of the toughest in a student’s educational experience but we are here to support and guide all of our students.  These three years are formative in developing the habits and belief systems to guide our young students into their high school careers and life after high school.   My sole reason for becoming a teacher was to help my students and that is still my goal today.  I love what I do and I love the students I work with here at White Knoll Middle School!

Mrs. Cook is from Columbia, SC.  She graduated from the University of South Carolina with a Bachelor of Science in biology.  She also has earned a Master of Arts in Professional Counseling (South University)  and a Master of Arts in Education Administration and Supervision (University of Phoenix).  Previously Mrs. Cook taught Biology, AVID, and sponsored many student-led clubs at Blythewood High School. In 2012, she joined the leadership team at Westwood High as a biology teacher, AVID Coordinator, and Assistant Administrator.  Then later selected as the Assistant Principal at Muller Road Middle School in 2015-2019, where she served as Athletic Director, AVID administrator, and schedule coordinator.  During this time, Mrs. Cook was honored as 2019-South Carolina’s Middle-Level Assistant Principal of the Year.  After serving at MRMS, Mrs. Cook joined the War Hawk family in the Fall of 2019, as the 7th-grade Assistant Principal.  She is also a member of SCASA, ASCD, AMLE-SC, NASSP, and an AVID Staff Developer.

Mrs.Cook is very passionate about building relationships with her school community and diligently works to close the opportunity and access gaps for her students.  She has the unique ability to create authentic learning environments that have had a positive impact on students and the community.  Mrs. Cook enjoys spending time with her family and friends, traveling, and Gamecock football!